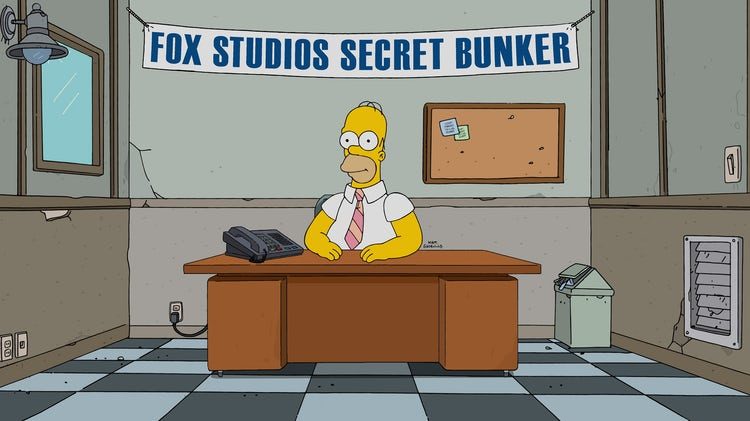 It’s seriously hard to believe that the TV show The Simpsons has been on-air for 29 seasons, which, unsurprisingly, has earned it the distinction as the longest-running scripted primetime TV series ever in. Hell, they even came out with a The Simpsons movie about a decade ago because of its popularity. Let’s stand up and give Homer, Marge, Bart, Lisa and Maggie a round of applause, because, wow, do they deserve it.

In addition to the laughs and knowledge that has been dropped on us over the nearly three decades of episodes is the wealth of The Simpsons predictions that some of the show’s writers have accurately guessed. Seriously, it’s as if these people know exactly what’s going to happen in the world, because, on more than just one occasion, they’ve written something into the show that has occurred.

There have been a ton of different times where The Simpsons writers have guessed something, but we figured we’d narrow down all of those moments into the 10 best, which can be seen above and explained here.

During a 1991 episode, Marge sends a portrait she painted of Ringo Starr to him, with the former Beatles drummer sending something back years later. In real-life, this scenario didn’t happen with Ringo, but frontman Paul McCartney, who, after receiving a tape from fans in 1963, got back to two women 50 years later.

Yep, even before smart phones were around, writers for The Simpsons were predicting that we’d all fat-finger texting at some point, with this coming during a 1994 episode. In fact, according to an article from A.V. Club, Apple employees actually referenced this episode by saying “Eat up Martha” to joke with one another.

Hey, you just can’t trust technology, can you? During a 2008 episode, Homer Simpson tries voting for Barack Obama, but the machine messes up, casts a vote for John McCain and chews him up. In reality, this exact thing happened in 2012 when voting machines gave Mitt Romney more votes instead of Obama. Well, to our knowledge, no one was eaten by one.

This is actually an awesome story. During a 1999 episode, Homer uses nuclear energy to invent a plant made of tomato and tobacco plants, aptly called the “tomacco.” Of course, given the fanaticism of The Simpsons fans, a diehard fan named Rob Baur created his own plant, with 2003 seeing this idea actually come to fruition.

It was only a matter of time, wasn’t it? Before FaceTime and Skype and all that stuff, The Simpsonsshowed Lisa Simpson using video on her phone to chat with Marge—which isn’t something many would have fathomed would happen way back in the day.

Much like the aforementioned video phones, The Simpsons used a smartwatch in 1995, with the episode supposed to take place in 2010 and showing a bunch of techy gadgets. Wouldn’t you know it, these things exist now.

This was bound to happen at some point, wasn’t it? When you get two human beings trying to train and raise wild animals—no matter how “well-behaved”—accidents will happen. The Simpsonsforesaw this happening during a 1993 episode, and, unfortunately, it did 10 years later, with Roy of Siegfriend & Roy being attacked during a performance. Luckily, he survived.

It was during a 1987 episode that Marge tells a sick Bart Simpson to read a book entitled, “”Curious George and the Ebola Virus.” Who would have known that, 17 years later in 2014, the Ebola outbreak would become so widespread and such a cause for concern. Sure, it was discovered in the 1970s, but it didn’t become more newsworthy until the mid-2010s.

As we mentioned back after this year’s Super Bowl, The Simpsons predicted Lady Gaga would drop in from wires during a performance, with the show using drones behind her to make a cowboy hat, and her halftime show using drones to make an American Flag. How strange?

It’s, arguably, the most famous prediction in the show’s history, with writers choosing Donald Trump as a future President of the United States back during an episode that aired in 2000 because, according to the writer who did it, “he fits right in there, in an over-the-top way.” Fast-forward 16 years and, yep, “The Donald” is, in fact, running America.

The 7 Dumbest Facial Hair Trends Guys Should Never Do