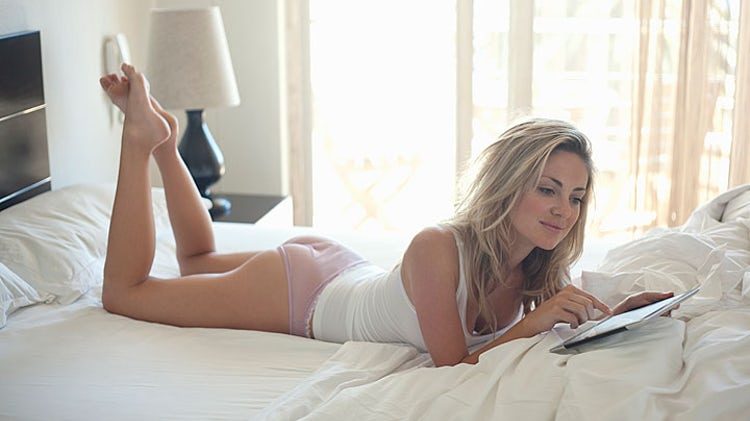 When you write for a living, people have mixed opinions on how personal things should get, with some journalists refusing to let an audience into their personal lives, while others are open and opinionated.

Whether you enjoy it or not, I’m one of the latter, using experiences to both shape and then tell the stories to an audience—which is what led me to this specific article topic.

Unfortunately, a lot of people I know—including myself—have been broken up with in the past few months. From bosses to old and new friends, I’ve spent hours on the phone texting and talking about how everything is going to be OK and it’s probably for the best, with things working out how they’re supposed to.

From those hours-worth of conversations, I’ve heard all the things those friends and co-workers of mine are doing to try and get over their ex’s, which includes using a number of things like apps to help erase the memories of the person they just lost… possibly, forever.

As I wrote several months ago, new tech can catch a cheater, but it can also help repair a broken heart—and these are just a few quick ways that can happen.

It’s something we all worried about using five years ago when we first got it on our iPhones, but, during a difficult time like a break-up, it’s the perfect way to see familiar faces to talk to. Stuck in a city thousands of miles away from your family and best friends? Fire up this app and see their faces instead of just hearing their voices. It can go a long way to getting yourself back and coping with all that’s going on.

First thing’s first—you need to talk to someone other than your family and/or friends. They can give you all the encouragement they want, but, at some point, they’ll feel frustrated with your sympathy party and just want to slap you across the head and tell you to just move on already. Rather than bore them with the same problems and emotions going through you, why don’t you download an app called Rx Breakup, which, according to Yahoo!, is actually designed for someone to get over a significant other in 30 days by following a strict process? That sounds best for everyone.

Look, no one will blame you if, days following a break-up, you’re constantly looking at your phone to see if your ex reached out. More so, if you need to creep on her/him to see if they’ve made the decision move on without regrets, so be it. That said, don’t be afraid to do the same. Look at stories. Add some memories of your own. Laugh a little bit at those friends who you haven’t had much contact with since you’ve been dating someone—it’ll only help.

While no one should think about using a dating app a mere week or so after a break-up—unless you’re the most narcissistic and shallow person on the planet—some of my friends have said that downloading something like Bumble or Tinder have helped for one reason alone: company. That’s right, rather than swiping right, left, up and down to hook up, just knowing that you can flirt and talk to someone without any motive other than being yourself has said to work—or so I’m told.

Get To Know Gala Nikolic, A Serbian Model Who Doesn’t Hold Back When It Comes To Hot Pics