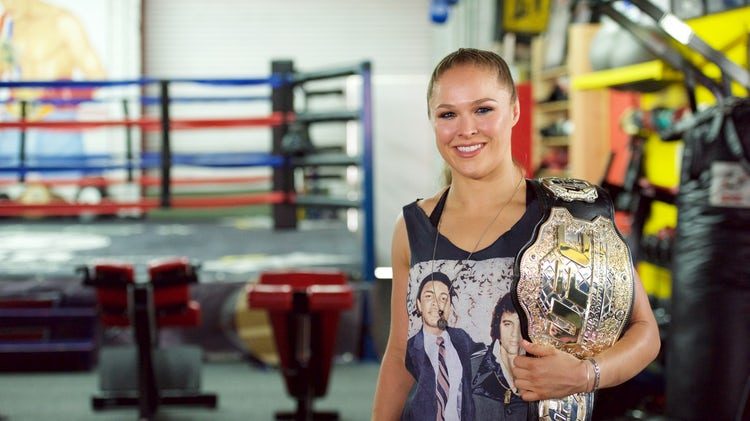 It’s safe to say that on top of being one of the sexiest ladies in the game, Ronda Rousey is the world’s fiercest women. At the very least, she tops the list and any dude reading along who says he isn’t even the slightest bit afraid of her, is, well, a freakin’ liar. Have you seen those moves? Rousey could knock us out in 30 seconds flat. Hell, we wouldn’t even try to fight back — there’d be no point! While Ronda has been laying low over the past few months, a new business opportunity is about to catapult right back into stardom.

According to the International Business Times, Paul Levesque (Triple H) has confirmed in an interview with The Associated Press that Ronda Rousey and the WWE are engaged in contract discussions:

Now, some folks might consider a move to the WWE a step down from Ronda’s UFC roots, but to those people, we say, “are you F’in kidding?!” Sure, the WWE isn’t exactly Olympic-grade athletics, but under no means, is it not difficult! Professional wrestlers undergo the same rigorous, cutthroat training as any other athlete — beyond that, they need to exhibit personality. After all, they aren’t just athletes, they’re entertainers. If anything, Ronda’s next venture is going to prove just as difficult as her previous. So, eat that, haters! That being said, we don’t have a definitive date for y’all, unfortunately. Levesque continued:

OK, well, conversations are better than nothing! We speculate that Rousey will be making her WWE debut some time this year! We mean, c’mon, why else would Triple H be dropping these hints?!