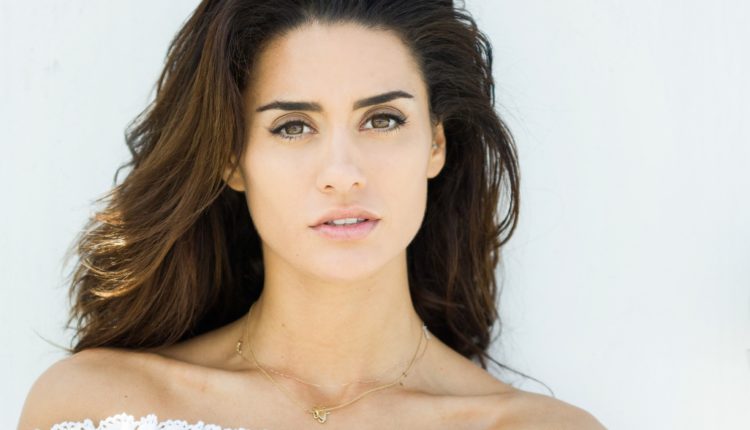 Guys, meet legendary action actor Jean-Claude Van Damme’s daughter, Bianca Van Damme, who is easily one of the most gorgeous women we’ve seen in the past few months thanks to her dark features and sex appeal that could melt the polar ice caps! While we’ve given you plenty of hot Instagram pics to ogle over of models and celebrities in the past, there’s just something about Bianca that has our eyes glued to our screen — and it doesn’t take a rocket scientist to understand it’s because she’s a complete stunner!

Now, we’re a little upset with ourselves for not discovering Bianca Van Damme earlier — after all, she should’ve been part of our hot celebrity daughters piece we put together a few months ago. However, now that we +have+ seen her hot Instagram photos, wow, we may never turn our heads away. Seriously, she’s that sexy.

While Bianca is best-known for being Jean-Claude Van Damme’s daughter, her mother, Gladys Portugues, is also a name some of you may have heard before. That’s because Gladys is a former professional bodybuilder and actress who finished in the top-10 of the Ms. Olympia contest twice back in the day, so, yeah, Bianca Van Damme definitely has some good genes. Look at us telling you something you probably already knew, silly us.

In addition to stealing men’s hearts online with her hot Instagram pics, the 27-year-old Bianca also happens to have quite the fitness and marital arts career herself, with her hope to influence both young boys and girls because of it, telling the New York Post this during a 2016 interview:

“I want to show little girls and little boys that you can be physical and feminine. That you can cross your legs at the dinner table and then kick ass in a nice, feminine way,” says the 25-year-old West Village resident. “Kind of like how my father brought martial arts to the mainstream for my generation — I want to continue that legacy.”

Bianca Van Damme is also an actress and producer, with runway looks and passion and energy that will, no doubt, help take her to the top. With that kind of talent, and her famous last name, we have no doubt that this gal will achieve everything she sets out to do. We’re just happy we figured out who she was before everyone else does.

As gorgeous as can be, Bianca Van Damme is definitely our newest Instagram crush.

If you’re staring at this picture for a little longer than you should be, don’t worry, that’s normal.

If Bianca Van Damme tells us to relax, then, hey, we should relax!

Just making sure she can see all the eyeballs who are looking in her direction.

Peace, love and happiness isn’t a bad way to go about living your life, is it?

My goodness, Bianca Van Damme, you really know how to tease your Instagram followers, don’t you?

Just lounging around and soaking up some rays.

We’re not sure why Bianca Van Damme is so shocked that all eyes are on her? She should be used to it by now!

Be Inspired by Anastasia