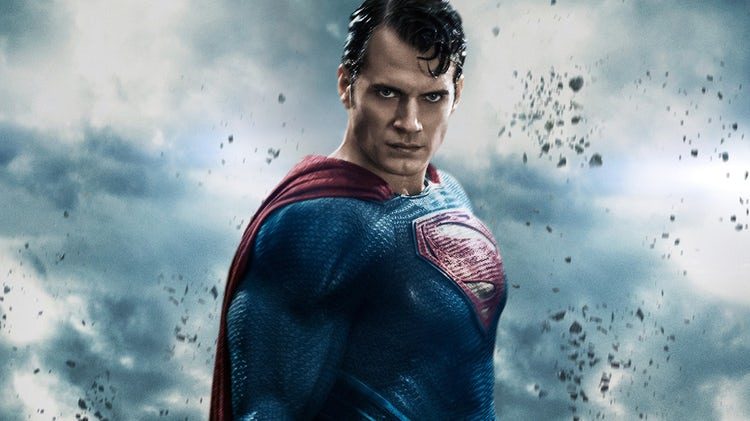 We’re not positive, but if there were ever a superhero role that nearly every single guy would want to play, it’s Superman.

C’mon now, who wouldn’t want to be known as “The Man of Steel,” capable of saving both Metropolis and the rest of the world from danger, busting out his iconic “S” emblazoned across his chest just before doing so? It’s no wonder so many dudes have the damn logo tattooed on themselves, right?

Well, one man who can actually brag about playing Superman is British actor Henry Cavill, who played the superhero in 2013’s Man of Steel, 2016’s Batman V Superman: Dawn Of Justice and will do so again in this November’s Justice League.

While Cavill has the delight of wearing the Superman suit, it took a hell of a lot of work to look as buff as he did while in it — and he talked to Men’s Fitness about the workouts he used in order to look as jacked up as he did.

MORE: ‘Jason Statham Details The Workout That Keeps Him Shredded At 49 Years Old’

According to the Men’s Fitness piece, Henry Cavill’s program was broken into four categories: preparation, bulking, leaning out and maintenance. Here’s a deeper look at the workout, from the actor’s strength coach, Michael Blevins, who created the plan just for Cavill.

According to Men’s Fitness, the workout should be performed once per week, with the exercises marked with the letters “A,” “B,” “C,” “D,” and “E” are done in sequence and roll into one another, using the same weight for each while doing your reps.

When doing the standalone hang clean and jerk (exercise 1) and the standalone front squat (exercise 3), do as many warmup sets as needed to reach a load that allows you only one rep with good form. Make sure you take only 10 total reps or fewer to reach your max. This will conserve energy. So you might do two reps each at about 50% and 70% of your max, and then several single-rep sets as you close in on the right load.

Once you determine your front squat, reduce the weight on the barbell to about 70–75% of your one-rep maximum front squat. You’ll do alternate sets of front and back squats (4A and 4B) next. (So if you worked up to a front squat of 225 pounds, you could use 160 pounds.) Perform 7 reps of the front squat and then rack the bar. As soon as possible, set up for a back squat, and do 13 reps with the same load. That’s one set.

So, while we can’t guarantee that you’ll look anything like Henry Cavill as Superman in Man of Steelor Batman V Superman: Dawn Of Justice, at the very least, you’ll have just a little something in common with the superhero, so that’s cool.

See more info about the workout plan over at Men’s Fitness.