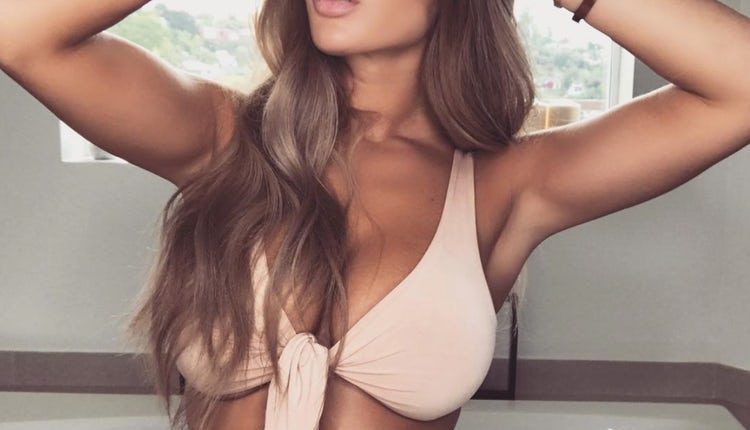 Niykee Heaton’s Instagram Has Been One Giant, NSFW-Filled Display Lately

I’m going to hedge a bet that you absolutely know the name Niykee Heaton, as the 23-year-old American-born, South African-raised singer is one of the up-and-coming names in entertainment. However, even as recognizable as Niykee might be, it might come as a surprise that her hot Instagram account has been blowing up the Internet lately, thanks to an abundance of photos that will, no doubt, leave you wide-eyed and speechless.

Now, we understand the fact that we give you plenty of hot Instagram models, celebrities and photos to gawk over every single day, so the above claim may come off as routine by now. But, even as people who stare at beautiful women like Niykee Heaton every single day, all day long, we can tell you that the stuff she’s been tossing onto her account is just insane. Seriously, just take a peek at this quick little tease.

Have you regained your breath yet, guys? If not, it’s totally OK, ignoring us and letting your eyes stare at Niykee Heaton’s fine Instagram pics is understandable. We promise our feelings aren’t hurt if you chose her over us. In fact, we kind of recommend it!

The funny thing about Niykee’s hot Instagram account is that, honestly, none of us should really be all that surprised by it. Remember, this is the same gal who released a mixtape entitled “The Bedroom Tour Playlist,” which came following a late-2015 tour with a similar name, known as The Bedroom Tour. So the fact that the 23-year-old decided to drop nearly all of her clothes for our entertainment is something that all of us might not be too shocked by anymore. Still, it’s definitely appreciated.

With the first work week of the new year now behind us, there’s no better way to celebrate the weekend than with lots of skin-flashing, figure-flaunting photos of Niykee Heaton, so go ahead and marvel at these bad boys for the next few days, ’cause they’re that sexy! If this is what 2018 is going to be full of, we’re in for a really hot year.

See more pics of the sensational Niykee Heaton by scrolling down.

Niykee Heaton isn’t too shy when it comes to snapping sexy pics, and this is just one of many that has littered her Instagram account.

With a smirk like that, it’s easy to see why Niykee is on a whole different level of hotness.

Showing a little derriere and getting extra for the camera, Niykee Heaton doesn’t hold back on the sex appeal.

This whole white lingerie look is one that suits Niykee Heaton perfectly!

One more extremely hot portrait for the Interwebs to admire — and hope for more of!

We’re not sure if it’s sweat, oil or something else, but, damn, how sexy does Niykee Heaton look here?

Taking another quick selfie for all of her Instagram followers to drool over.

Sure, it may be the middle of winter, but Niykee Heaton shows that she’s perfectly fine wearing a bikini no matter what the calendar says.