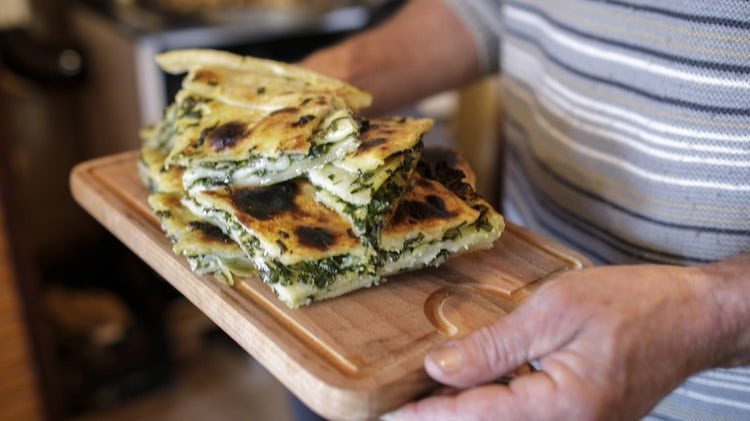 Trust me, I never thought I’d be the one wondering how to start plant based diets. After all, when it comes to eating meat vs. vegetarians, studies show that it’s actually healthier to gnaw on the former than bite into the latter. Still, that didn’t stop me from at least trying a plant based diet — and it was much more difficult than I ever thought.

Going full plant-based diet feels a little something like group therapy. Hi, my name is Eric. It’s been five months, two weeks and four days since I last had a bite of delicious, tender steak. Group claps and says, “Welcome Eric.” But, making the change wasn’t necessarily only by choice, so let’s start at the beginning of this wild journey.

Why you should go vegetarian for a month

In late August, I partially tore my labrum in my shoulder while lifting. Sure, that was the catalyst, but, really this shoulder had been on its last leg for a while. Speaking of legs, my ankles, knees and hips all felt the pressure of a lifetime of abuse. Years of sports and lifting had taken its toll. I guess it was good timing, I was off to Europe for three weeks and figured I could suspend all activity for that time. When I was a kid, I could break an arm and be back on the playground in a couple weeks. I had every expectation to be ready to go full throttle when I got back. In September, I’d officially be back. September came and went, and, as I soon came to find out, it doesn’t really work that way in your early ‘30s. For the first time in my natural born existence, a thought came across my mind — I’m f-cking old.

On top of being old as dirt, or at least feeling that way, I was getting fat. I’m no small guy to begin with, but I swore there was a time when I could see my, uh, toes. I couldn’t lift, couldn’t play sports and took no great joy in cardio. But it was all I had. The half-ass mindless runs didn’t stop my dad bod from sinking in.

Everyone knows about the TB12 regimen and Tom Brady’s insane diet. But, somehow, this trend of being leaner started to pick up across all sports. Guys like LeBron James and Carmelo Anthony were paving the way for NBA superstars, and, in effect, a new prototypical athlete started to arise. Athletes aiming to get leaner as they closed in on age 30 was the new trend, as it helped keep extra pressure of their joints and preserve their body. The leaner the frame, the better their body held up. All of a sudden, meat was no longer the cool thing to eat, and I started to get another one of these stupid, crazy, dumb ideas — I was going to try this whole plant based diet out for myself.

I had never followed a strict diet before, but I never ate too unhealthy either. My go-to diet couldn’t be found in books, and there were no major scientific studies on it, but it proved effective every spring. It’s called the Eat More Salads and Less Chicken Parms diet. But, to make the change to plant based, I’d need a whole different level of discipline. This time around, I needed a regimen, and I needed to do my homework. I didn’t exactly turn to a dietician for this, just read a bunch about it and stuck to trial-and-error. What I came to find out was something that pretty much worked for me, and was simple.

To break it down, here’s what my diet consisted of.

After the first month, I found that it actually wasn’t so hard. It didn’t really bother me much until my birthday sprung up. Then Thanksgiving. Then Christmas. For holidays and special occasions, it’s nice that the diet allows some flexibility. No, I wasn’t sinking into a juicy pork loin or savory steak, but, instead, I’d went for the fish or chicken. I never realized how much I appreciated a piece of chicken until it became like forbidden fruit.

Everyone always hears about the benefits of a plant based diet, with every vegan and vegetarian always telling others about how someone will become immortal because of their cutting-edge diet. But no one tells you the grungy truth. If you’re man enough to try, and are able to get past your friends berating you, you’re in for a digestive awakening. After a few weeks, you get into this gassy puppy phase, your bathroom turns into the back rows of an orchestra. And the stomach rumbles can be marked on the Richter scale. That’s when you realize the importance of probiotics and charcoal pills. After a little while, your body gets used to digesting those heavy greens, but once you commit, you have to fully commit. There’s no springing back to flank steak after a month, otherwise you’ll find out quickly, your body won’t be too kind to breaking down that meat.

Once you get beyond all of that, there are definitely some benefits. Personally, I’ve found that my energy levels have skyrocketed. That bloated, groggy after lunch feeling has gone away. I was running on kale and oatmeal from morning to night. I also started to feel better, and my immunity picked up. I haven’t gotten sick. It could just be dumb, but maybe not. Oh yeah, my joint pain that got me to buy into this whole mess in the first place is a thing of the past! I’m lifting again, changing up my routine to adjust for my aging body, and my shoulder is getting stronger with each gym visit.

Going to a plant-based diet isn’t for everyone, and that’s OK. If you’re ready to make the big leap into a plant based diet, good luck my friend, it’s a rewarding challenge for all those willing to try. But ,if you’re not about that life, but still could stand to lose a few pounds, all it takes is one small change each day. Substitute salad over fries. Grab a water instead of soda. Not everyone is going to want to go fully in, but that doesn’t mean you can’t start to feel some of the positive effects and strive for a healthier lifestyle. Ultimately, it’s a one day at a time type of commitment… are you in?